Sport England has announced that Nottingham is to be its first City of Football after winning the title in a three-way final with Manchester and Portsmouth. 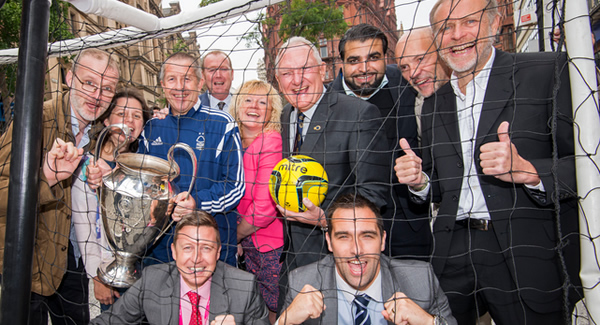 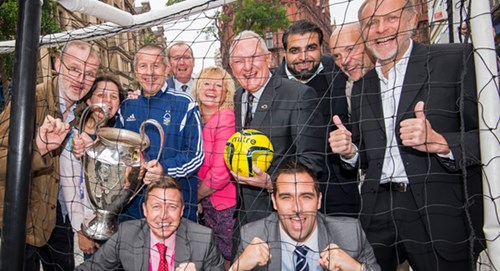 Nottingham’s consortium developed their full proposal over the summer in a bid to transform football participation across the city and tackle the challenges in retaining and growing the numbers of people who play the sport.  In recent years, the number of over-16s playing football regularly fell from 2.2 million in June 2012 to 1.8 million in December 2013.

Councillor Jon Collins, Leader of Nottingham City Council, said: “This is great news for Nottingham and its people and will transform the footballing landscape in the city.  We will continue to bring together organisations and experts from across the city to ensure we deliver an exceptional, joined-up and creative programme, resulting in a social football revolution.

Nigel Cooke, Head of One Nottingham, said: “Over the next two years, we will create new football partnerships; develop new technologies; encourage more people to play, especially 14 to 25 year olds, women and girls and people from black and minority ethnic backgrounds; and share our learning so that the rest of England can benefit from our insight.”

Sport England was particularly impressed by the innovative way Nottingham has partnered with its Creative Quarter to engage young people through youth culture.  Nottingham’s proposal combines key youth interests including music, gaming, fashion, film and art.  This was viewed as a real advantage by assessors and something that would appeal to the audience that Sport England is targeting.  Combining these creative strengths with Nottingham’s track record of sports delivery was what secured the victory for Nottingham.

Nottingham’s bid team is made up of a unique and exciting consortium of high profile organisations from across the City’s digital, technology and creative industries, as well as its business, voluntary, community and football sectors.  The consortium has worked closely with large local employers to ensure staff can benefit from the enormous opportunities the title will bring to the city.

Boots UK, the leading health and beauty retailer in the UK, which has its roots firmly based in Nottingham, already supports community football programmes through grants made by the Boots Charitable Trust to both Nottingham Forest and Notts County football clubs.

Oonagh Turnbull, Head of Corporate Social Responsibility at Boots UK, said: “Boots UK is delighted that Nottingham is to be the first City of Football.  This is brilliant news for Nottingham and for our local community.  Supporting the Nottinghamshire community has always been important to Boots UK since Jesse Boot opened the very first store over 160 years ago, and we continue to work with local causes that are important to our colleagues and customers.”

Stuart Mather, Community Relations Manager at Capital One, the credit card company which also has a base in Nottingham, said: "Sport is a really good catalyst for raising aspirations within a community. Capital One has a rich history of working with local charities, community groups and sports clubs to provide great sporting provision for local people. We are incredibly proud to support Nottingham becoming the City of Football. This will allow young people to access more ways to get involved, giving them opportunities to meet new people, try new things and feel more confident."

Delivery is expected to begin in early 2015 following a period of planning.