City of Football Showcased at Hall of Fame

The City of Football celebrated an evening with some of Nottingham's greatest footballing heroes... 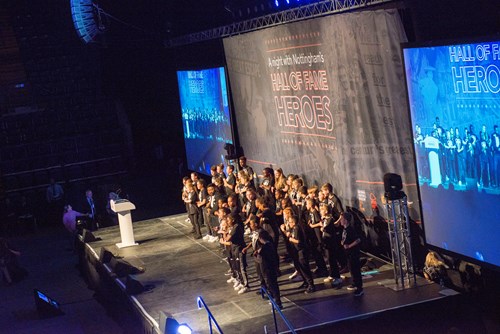 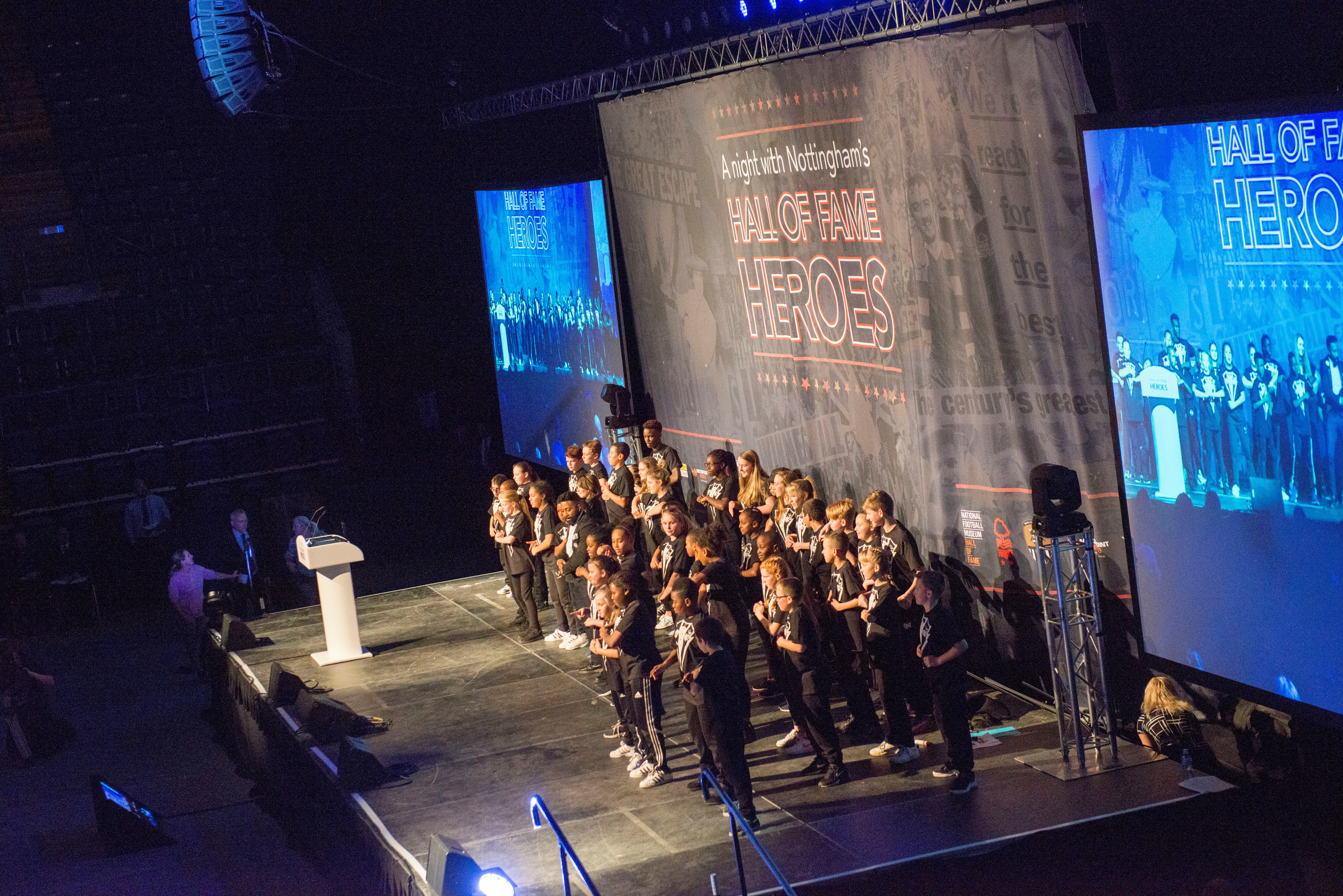 Nottingham Forest's European Cup-winning team and Notts County were inducted into the National Football Museum's Hall of Fame in a special event at the Motorpoint Arena last week. Performances from The City of Football’s Footy Fit programme with Joseph Hall and Rob Green were part of the spectacular night.

Joseph Hall’s Footy Fit creation showcased a group of 40 children from the meadows area, which combined dance moves and football skills in a display piece to the 2,000 strong crowd. Local musician Rob Green, who has played a part in a few of our City of Football events was also on stage to entertain the crowd with a medley of original songs and covers.

The night saw legends from both clubs expressing their pride as they collected the awards, with John Robertson also picking up an individual award into the Hall of Fame. It was the first time that any inductions have happened outside the National Football Museum itself.

The City of Football would like to thank everyone for coming to such a historical Nottingham Football evening.