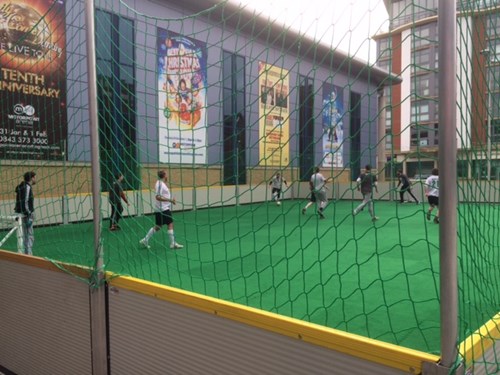 In preparation for the Hall of Fame event on 3rd November, we set up a Footy Village full of football delights before the opening of the gates at Motorpoint Arena.

To showcase that Nottingham is a thriving hub for footballers and the only true City of Football in the UK, we had invited locals from the city to participate in a tournament on the day.

The centrepiece of the Footy Village was the five-a-side artificial pitch that provided an excellent surface for the talented young footballers that Nottingham possesses.

It started out as a friendly yet competitive round robin event with plenty of skill on show for the spectators braving the chilly November afternoon.

After a series of impressive performances the winners of the competition emerged in the form of Draper Norton Academy, who won the final thanks to a 4-2 victory. 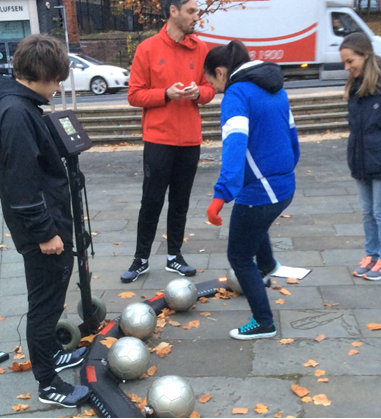 Among the other attractions at the Footy Village was a reaction game to test the reflexes of anyone daring enough to give it a go. We also set up a football assault course with a time trial to see who had the quickest foot skills and close control. 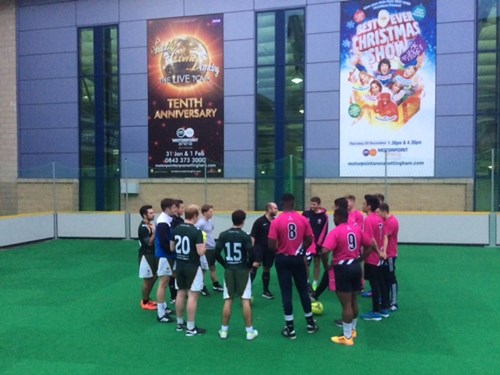 After the main tournament Nottingham Trent University took on their bitter rivals, University of Nottingham in a friendly match. The game was played with a tremendous pace and provided ample evidence of the wealth of talent in Nottingham.

The event was part of our celebration to honour Notts County for being the oldest team in Football League history and Nottingham Forest for winning the European Cup twice in a row.

John Robertson was also presented with an individual award for his game-winning goal against Hamburg in 1980. The National Football Museum in Manchester deemed the achievements to be worthy of induction into their prestigious Football Hall of Fame.

We're hoping the event proves that Nottingham will continue to produce legends for future generations to appreciate as a great City of Football.