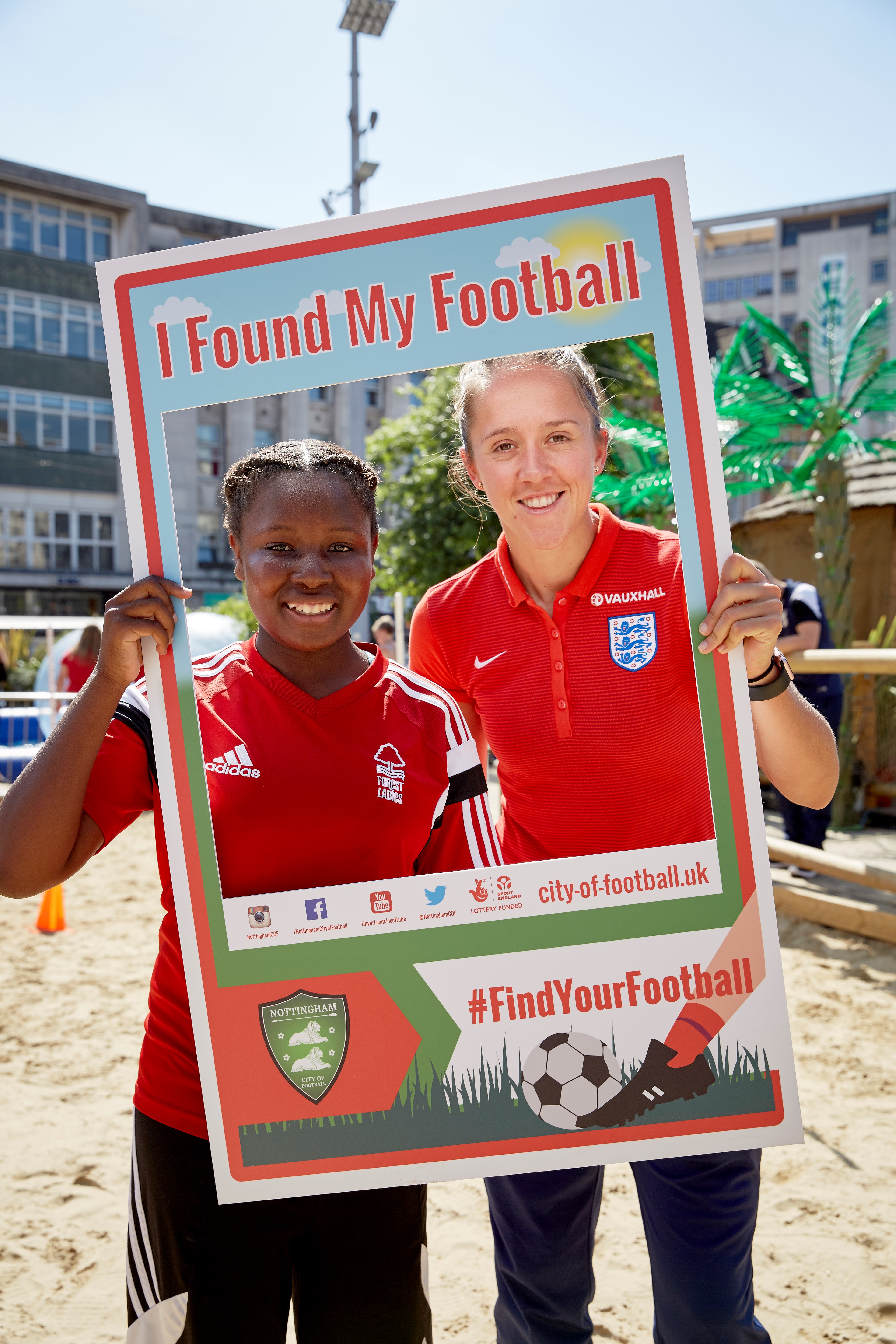 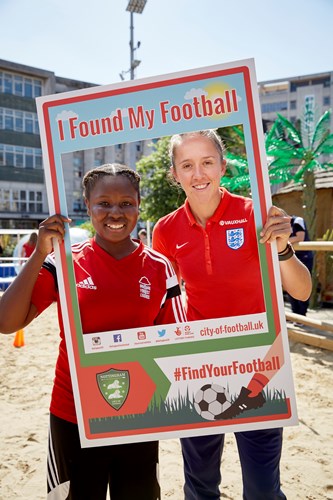 The Notts County midfielder headed down to the Nottingham Market Square Deliveroo Beach on Wednesday 24th August to visit children taking part in a football assault course run by the Nottingham City of Football project.

Football fans challenged each other in a time trial on the assault course for the chance to win tickets to watch England Women, Nottingham Forest and Notts County Ladies.

Women’s football in the city is set to hit fever pitch in September when England Women play Estonia at Meadow Lane and Potter will be hoping to be part of the squad for the big game.

Jo Potter commented “I really enjoyed visiting the beach in Market Square on Wednesday and meeting so many people.”

“Nottingham is a real sporting city, particularly as it is the City of Football, and we’re all looking forward to taking on Estonia at Meadow Lane.  It’s a game we are determined to win as we want to top our group and give ourselves the best possible chance at the Euros next summer.”

“At Notts County, we get great support at Meadow Lane and I hope as many fans as possible come down to the game and cheer us on against Estonia.”

Amanda Chambers, Managing Director of Nottingham City of Football said “We were very excited to welcome Jo down to the beach at Market Square this week”

“It is fantastic for the City that the England Women will be taking on Estonia on 15 September and we are working hard to raise the levels of participation in football across Nottingham so having Jo Potter visit our football assault course was an added boost.

“When we look at women specifically, there are so many women and girls out there that aren’t involved in football activities at the moment but want to be and we continue to engage with them to get them involved in all aspects of the game, whether that be coaching, playing or refereeing.”

To book tickets for the England Women Vs Estonia on Thursday 15th September 7:05pm KO:  https://ticketing.thefa.com/