After the emphatic victory over Estonia in Nottingham, the Lionesses will go marching into the tournament next summer on a high… 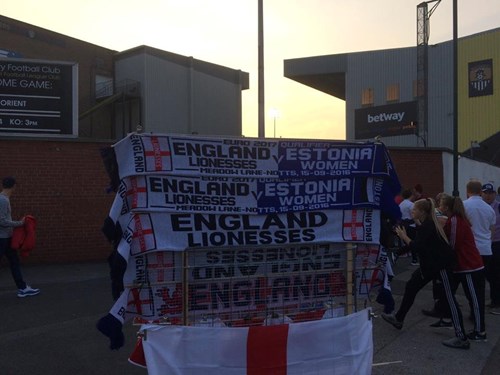 England finished top of their Women's Euro 2017 qualifying group by winning their final match against Belgium 2-0 away from home.

The Lionesses had already qualified for the tournament in Holland next year after the 5-0 thrashing of Estonia at Notts County’s Meadow Lane, but left no doubts about their quality and consistency in a tight affair.

The visitors only needed a draw to finish first in the group, and it looked like it may end that way until Nikita Parris scored a good header in the second half.

Karen Carney was the creator, causing havoc with her dribbling ability, and England dominated thereafter.

Carney got her reward for an excellent display six minutes from time when she doubled the visitors' lead with a deflected strike after another good run.

Jade Moore had won the ball and released Carney, who beat the Belgian defence and ultimately left them embarrassed when her shot went in off Lorca van de Putte.

The victory extended the Lionesses unbeaten run to seven matches, with the last five all ending in victories. 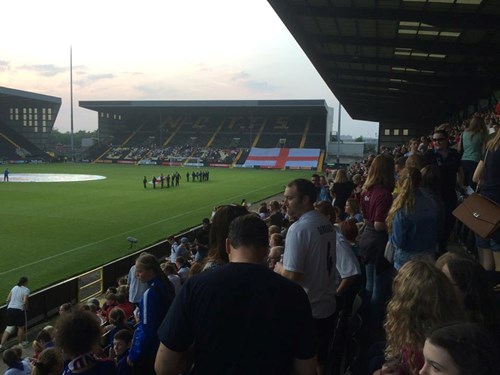 The team seemed to be buzzing with an energy and confidence that must have carried over from the team’s impressive performance in Nottingham, where a crowd of 7,500 witnessed the Lionesses dismantle Estonia.

England never looked in trouble at Meadow Lane, but it was a different type of game altogether that saw them end the qualifying campaign on a real high note.

Belgium were the only team to have taken a point off England in the group, and could have finished top if they had won, but it was a hard fought battle and the home team had to settle for second spot.

Euro 2017 will take place in the Netherlands and England’s preparations begin with a tough friendly match against France next month in Doncaster.

It will be a great opportunity to continue your support for an exciting England team with a number of bright stars taking the field for the Lionesses.