Notts County FC and Nottingham Forest’s European Cup winners are being inducted into the National Football Museum, so we're having a party to celebrate 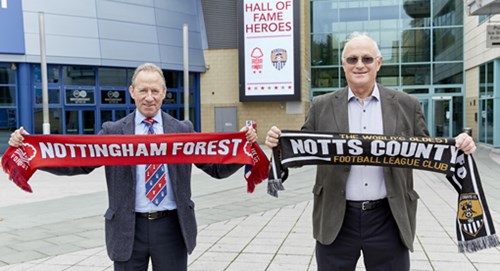 Footballing heroes from the past and present will join together on 3 November at the Motorpoint Arena as the Nottingham Forest European Cup winning squads and the oldest professional football club in the world, Notts County, take their rightful place amongst the world’s football elite.

Over 3,000 football fans and enthusiasts are expected to attend the gala event, which is hosted by Nottingham City Council, and celebrate Nottingham’s status as the City of Football.

Nottingham Forest’s very own “Picasso of Football”, John Robertson, will be among the list of star names in attendance as he receives an individual induction into the Hall of Fame. 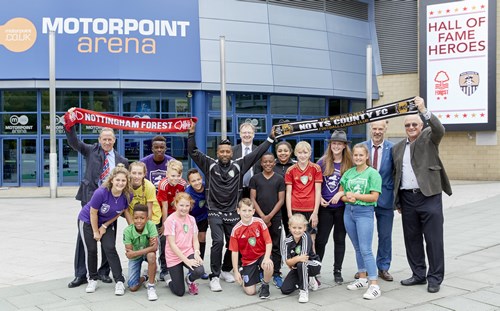 John McGovern, Nottingham Forest double European Cup winning captain, commented; “It is an incredible honour for us to be inducted into the National Football Museum Hall of Fame and we are grateful to Nottingham City Council for helping us to share this fantastic event with the people of Nottingham.”

Les Bradd, Notts County’s record goal scorer added; “Notts County has a very special place in the world of football and we are delighted to be given such an accolade on what will undoubtedly be a very special night for football in the city.”

Councillor Jon Collins, Leader of Nottingham City Council and Portfolio Holder for Strategic Regeneration added; “We are delighted to be hosting such a prestigious event to celebrate football in England’s City of Nottingham.

“We have a proud history of sport, and in particular football, in the City and for both clubs to be recognised in the Hall of Fame is testament to Nottingham as a whole.

Amanda Chambers, Managing Director of Nottingham City of Football, added; “This will be a fantastic event to celebrate everything that is great about football in Nottingham, both on and off the field, across all generations, genders and backgrounds and abilities.”

Buy tickets for this event