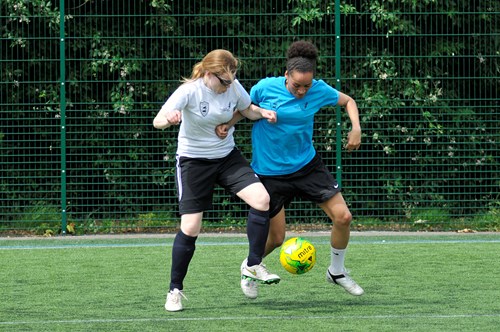 Female Football Fives aims to provide opportunities for women and girls to play football. The project was originally set up by females with the ethos to provide fun and social football, whilst catering for all abilities and ages. Created by two Nottingham Trent University graduates Female Football Fives has seen a rapid increase in the number of women and girls taking part.

The increase in participation has been aided by the success of Nottingham City of Football and the Reclaim the Pitch evenings, which consists of weekly women’s walking football and women’s veterans’ session. From these sessions, there has been an increasing demand for a woman’s veteran’s league.

Katie Gibson and Rhearna Bennett, Founders of Female Football Fives comments; ‘We found people wanted to play in a veteran’s league, but thought the sound of veterans meant you had to be old! We developed something that caters for all.

After the success at City of Football's Reclaim the Pitch celebration event last month which showed just how many older women there are out there keen to play football. We have decided, it's time to create a league of our own!’

In conjunction with Female Football Fives (FFF), a brand new Female Football Fives + league has been developed. Whether you are starting out for the first time, returning to football after a long absence, a veteran's team or Mum's group; as an individual or a team, FFF+ want to hear from you!

FFF+ is a 5-a-side league for players aged 25+ with games every other week on a Monday night. Matches will be between 6-9.30pm at Nottingham Football Centre, Boundary Rd, West Bridgford, Nottinghamshire, NG2 7BW.

This could be the first league that has a regular 90 females per week playing football in some format. 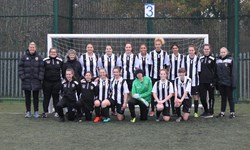